skip to main | skip to sidebar

Hey all, it's been about 6 years since I posted on here, and a lot has happened. Honestly, I couldn't bring myself to write on Sawyer's Caring Bridge page after he died, or anywhere else, for that fact. Writing used to be my passion, and pretty much all the things that brought me joy, just kind of ended after my youngest son Sawyer died 2/19/16 from cancer. I was able to share tidbits here are there on Sawyer's Facebook Community page and my own FB profile and family Instagram in the last few years, but I was stuck in a fog . . .  but I think I'm finally ready to share some things again . . .  on this page, the continued process of being a retired surrogate.

I am coming up on my 9th year of working with the agency I used for my own 3 (almost 4) surrogacy journeys, Growing Generations and finally put my own health towards the top of my TO DO list. While I'd like to go on a bit, I'm going to leave this for another post . . . mainly because I'm on medications from that tummy tuck I chatted about 10 years ago- I'm currently 5 days post surgery, so still a little loopy at the moment. So for now I'll quickly summarize:

*Alexander is 9 now, and has a little sister. Sawyer got diagnosed with cancer right after our medical screening appointment for that sibling journey, and I'm friends with the surrogate who carried her!

*I am still married to the love of my life, Erin.

*My oldest Ruby, who was in first grade when I started my journey as a surrogate is half-way through her 3rd year a Chico State, to become an elementary school teacher (and yes, still wants to be a surrogate some day).

*Preston, my middle child (who was in preschool when I started my surrogacy) graduated high school in 2021 and was hired full time at the place he did his Engineering Internship- and he LOVES it so much, that I'm assuming it's going to be more than a "gap year".

*My step-son Charlie is in his third year of high school.

*My sweet Sawyer Orion, who had just turned 2 when my first set of surro-girlies were born, was diagnosed with Burkitt's Lymphoma at the age of 8 and battled cancer for 10 months before he died at 9. While he left this Earth in 2016, I still feel him everywhere. He sends us signs all the time!

While I will be a bereaved mother forever, struggling with child loss, in 2019 I finally made a conscious effort to start dealing with my physical health, and since, have lost about 85 pounds. In my next few blog posts I will share about my decision to undergo gastric sleeve surgery in July of 2019 and have the abdominoplasty (aka "Tummy Tuck") on November 17th 2021(that I had talked about for years). You can follow my fitness/retired surrogate IG HERE.

Posted by Kelly Enders-Tharp at 9:38 AM No comments:

It's All About the Timing

Most of you know by now that April 26, 2015 my youngest child was diagnosed with cancer (after I brought him into urgent care because he was acting differently all of a sudden and his complaints about stomach pain came back).

What you didn't know was that just four days earlier, April 22, Erin and I flew down to Los Angeles for our medical and psychological screening for my 4th and last surrogacy journey.  I was excited to help one of my IPs with a sibling project and even more excited that Erin was going to be a part of it.  She's read my blog, heard my stories, met some of my IPs but it's not the same, so I was so excited about it.

Here we are in the waiting room after our blood draw: 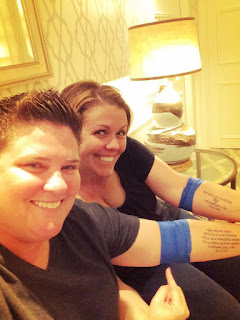 And here I am getting vocally prepared for my vaginal ultrasound . . . what do you mean that's not a microphone? (JK, this isn't my first rodeo) 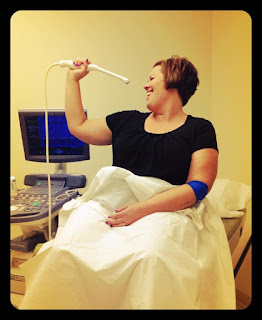 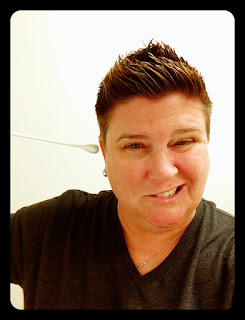 Obviously, since this is the first you're probably hearing about this, unless you're my immediate family or in one of my surrogate groups, we were unable to continue with the journey.  We did try to make it work at first, all deciding that we could wait a few months until Sawyer's battle with cancer was over.  Erin and I were told that because it was Burkitt's Lymphoma, his road map was only a few months long, so we had every intention of moving forward after.  We would focus all our energy on our family to make it through this, and then when Sawyer was cured, we'd continue where we left off. But as some of you know, if you follow us at all on Facebook, Sawyer's battle is taking longer and has turned into something much larger than any of us anticipated.  Refractory Cancer with two stem cell transplants in his future.

When Sawyer's second scan after a few rounds of chemo came back as still positive for cancer, my IPs and I discussed our journey.  I let them know that while I would love to be a part of this, that it would be a longer wait than we thought and that wasn't fair to them.  I told them that I was fine with them moving forward with someone else, I know Growing Generations had many other surrogates that would be a great fit for them and any of those women could be so lucky to have my IPs.  I was sad it couldn't be me, but my own family comes first and they would always have a special place in my heart, even if their next baby didn't shack up with me for 9 months.

Now, I'm not sharing any more of their journey because it's not mine to share, however, I did want to share with you my 4th journey, no matter how short.  And not that I think that things happen for a reason, because there is NO REASON my 8 year old got cancer, I will say that I thank (enter your deity here) every day that Sawyer was diagnosed before I had my transfer.  I couldn't imagine how much harder the last 5 months would've been if I was also pregnant . . . for me, my family, their family, that fetus.

I also have a renewed admiration for the science that is third party reproduction.  I love helping parents have children they couldn't have without the help of a sperm donor, egg donor or gestational carrier.  Being a surrogate (gestational carrier) for Growing Generations 3x (almost 4) was amazing but working for them to help thousands of babies be born is incredibly AWESOME.
In case you didn't know, many children survive cancer, but will have chronic issues for the rest of their lives . . .  INFERTILITY being one of them .  . . the same treatments that saved their lives, sometimes leaves them with the inability to create it later. I'm going to cut to the chase because I have the entire story written on CaringBridge (link below) but our youngest son Sawyer was diagnosed with Stage 3/4 (undetermined) Burkitt's Lymphoma last week.

It has been a nightmare, a total shock and unreal.  Please join us in fighting this battle, that no 8 year old should have to take part in.  #Sawyerswarriors

Sawyer's CaringBridge- go here for updates but please do not donate their as it doesn't go to Sawyer.

Sawyer's Gofundme- These funds will go towards Sawyers current and future medical costs associated with his cancer and ileostomy.

To make it a little surro-related . . . here's the FB post Sanj left,

"6 years ago, our dear surrogate Kelly Enders-Tharp helped us bring Natasha and Anjali into our lives. Since then she has helped 2 other families do the same. Today she is helping her son, Sawyer (8) ‪#‎SawyersWarriors‬! battle stage III/IV Burkitt's Lymphoma. As Stephanie Brown aptly put it, "This is so cosmically wrong"!!! Prayers and thoughts for his speedy recovery."

Posted by Kelly Enders-Tharp at 10:18 PM No comments:

Do you have what it takes to be an EXCEPTIONAL Gestational Surrogate?

Every so often women will approach me and ask if I think they could be a Gestational Surrogate.  They may have read about my three journeys online or they've heard about me or another surrogate and they are intrigued. Really intrigued.

Usually, it seems to be a quick "check-in" of  . . . "I'd be a good candidate, right?" before they apply.  Sometimes my answer is yes and other times, I already know, that they aren't going to be accepted for one reason or another.

The list I'm going to share isn't about the minimum qualifications for my agency, Growing Generations but is about the traits that I've noticed (exceptional/awesome/amazing) surrogates have.

willing to be inconvenienced

able to see the "big picture"

supportive (of her IPs)

able to keep her eye on the end result


If you think you've got what it takes to be, not just a surrogate but an AMAZING Surrogate, please take a moment to visit Growing Generations' online application.  There you can find out if you meet the minimum qualifications, since you already know you possess some of the traits they would love their surrogates to have.

Experienced Surrogates . . . . if you have any traits to add to the list, please do so in the comments! 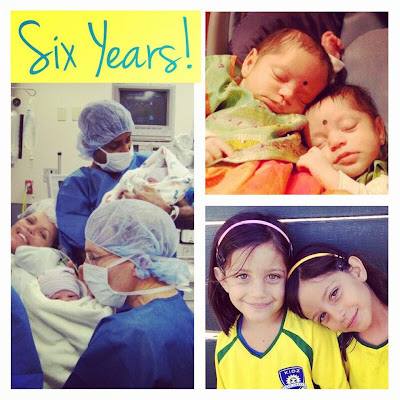 Time please slow down! It is so crazy that five and a half years ago I met my second set of Intended Parents, and the other day their twins turned four. 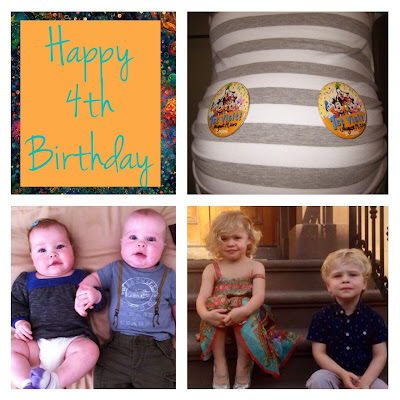 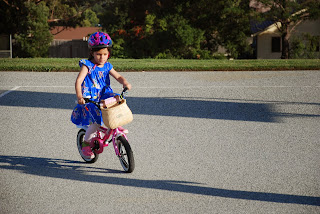 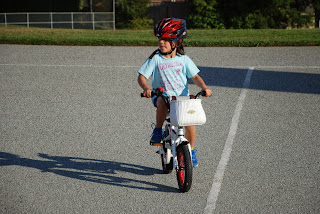 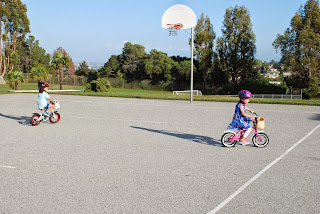 Such big girls! FYI- Natasha and Anjali turn 6- yes SIX, next month!!
Posted by Kelly Enders-Tharp at 9:53 AM 2 comments:

About Me & My Uterus

Kelly Enders-Tharp
Wife. Mother. College Educator. Surrogate Mom. Blogger. Comedian. Social Media Genius. Smart Ass. Resident Loud Mouth. Scorpio. Free Thinker. Magic Fountain . . . . . . . . For the Surro blog- Three different IVF doctors have told Kelly she has a beautiful uterus. Kelly's uterus says, "Don't hate me because I'm beautiful". The main function of Kelly's uterus in 2008, 2010 and 2012 was to grow the cutest, smartest and healthiest surro babies ever! Natasha and Anjali were born November of 2008, Gideon and Harper were born October of 2010 and Alexander was born June 2012. Kelly's surro babes are still part of her life . . . . they grew in her uterus but their parents burrowed into her heart. For my 2 Moms blog- overall amazingness to be shared ;) 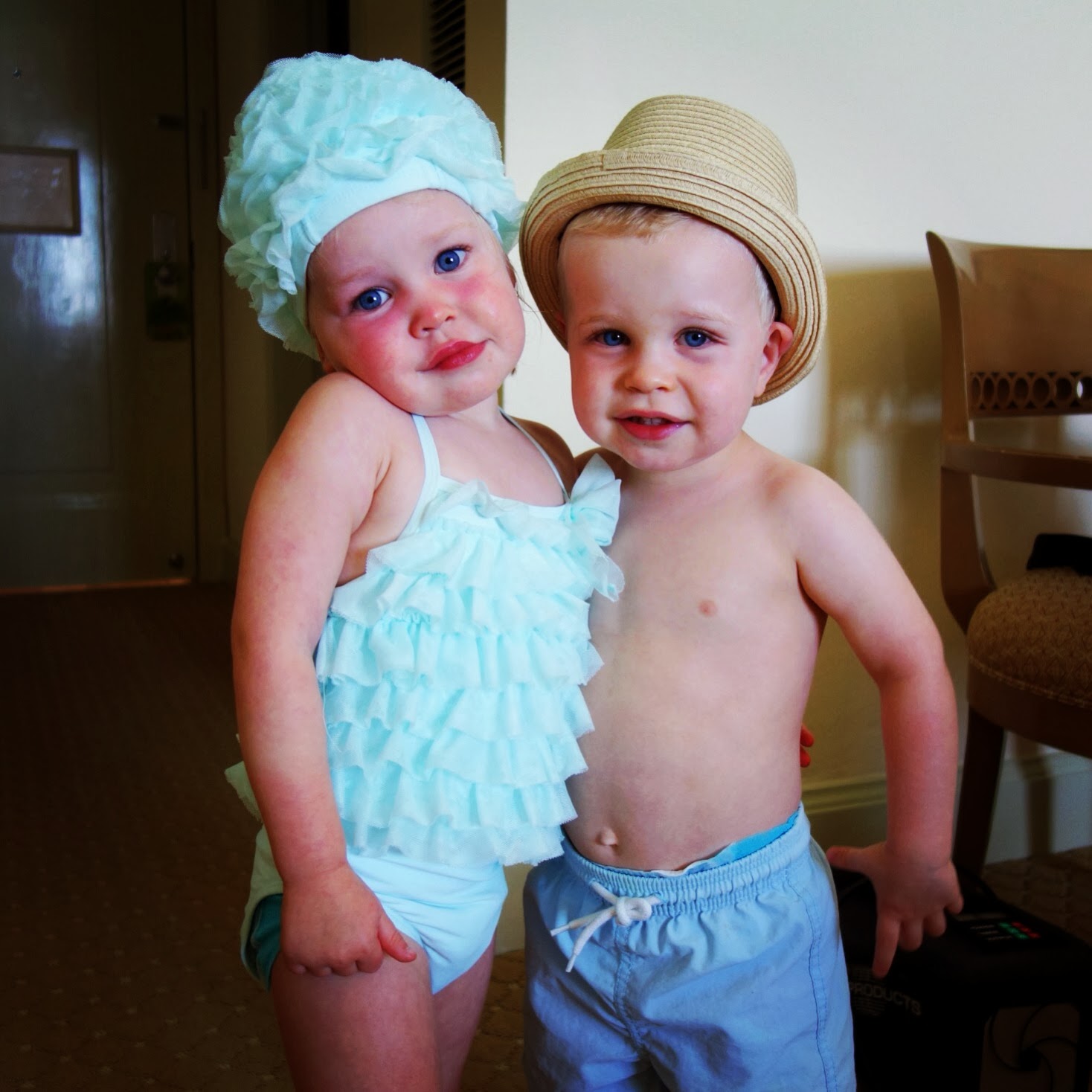 Who's checking us out?

Promote Your Page Too